In 2020, The Corona virus has spread from Wuhan, China, to the whole world. According to the governments’ plans to limit the virus spread, the sports sector was the first to shut down.

The British Horseracing Authority (BHA) has announced the cancellation of all British horse races until the end of April. The last races held in Britain were Taunton and Wetherby and they were without an audience. While Ireland held the races behind closed doors until March 29. Then after that, they will suspend it formally.

On the other hand, France announced that the shutdown decision will be “under constant review” according to the conditions and the extent of the Corona virus spread in the country.

In Hong Kong, they resumed races with public attendance, but they take strict precautionary measures.

No doubt that the general closure is a ruinous situation for all those working in horse racing-related industries. As it stops the main income of this industry, while the owners are still paying training fees and workers’ salaries. If this continues, all parties working in the industry will threaten with losing their income!

The sports betting industry has affected violently! The betting companies stock prices have notably fallen. For example, William Hill's stock fell from 192 pence on February 21 to about 60 pence on March 16. In addition, when the races completely cancelled it fell again to 50 pence! While the betting companies could have achieved profits of up to 110 million pounds sterling if the races were continuing. The current situation may lead to the cancellation of these profits and reduce them to disastrous level! Some sites with £10 min deposit are shown here.

How bookies have dealt with the Coronavirus?

For example, reports are indicating that races in the United States increased 10-fold during April only. In addition, French races witnessed a great turnout by British bettors. This big boom is reflected in the performance of the stock of U.S.A and French betting companies.
This indicates that the UK has a very fertile market for sports betting companies. Even if the British races are cancelled, bettors won’t stop and they will turn to the races of other countries.

After the return of British racing, it is expected that the British bettors will back to bet on their favourite races. These races have a great chance to fill the “entertainment gap” since most other sports are still suspended. So, sports betting companies will have a greater chance to attract new bettors.

During the previous months when governments stopped sporting activities worldwide. Virtual sports gained unmatched interest among bettors. Meaning that the most prominent feature that betting companies will adopt is diversifying their offers.

After shutting down for 76 days, Horse racing returned to the UK in June, but under precautionary measures. The audience must wear masks and keep a safe distance. With these conditions, for the spectator, the race may be more like watching Hamlet play! Because the precautionary measures have made the races very different than usual.

This would be a great chance for British sports betting companies to offer excellent offers and good rates to players to lure them back. There is no doubt that sports betting is a beneficial industry for everyone in Britain.

The horse racing industry in Britain and Rival Markets

British horse betting companies paid taxes of £276m in 2012, and over the next five years, they paid £ 1.4bn. This huge sum makes it the largest source of tax in Britain. However, the percentage of taxes collected from brick-and-mortar betting shops has decreased by 19% since 2008 until now due to the shift of bettors to the Internet!

In addition, the sports betting industry has created 17,400 jobs since 2012 to date. The largest proportion of these workers are in horse training. The industry has also created more jobs in the restaurant, veterinary, and hospitality sectors.
During the period from 2010 to 2020, the British investment in horse racing reached more than 950 million pounds. Many areas have benefited from this money, such as racing facilities, horses, racing broadcasts and other sectors. Some small deposit casinos not on gamstop £5.

Although sponsorship is still difficult in British horse races. Some British racing courses have succeeded in increasing their income by displaying ads and selling tickets to viewers.

The United Kingdom has 60 tracks so far, and these tracks are second only to football in Britain.
The British races have great popularity around the world. Aided by the presence of prominent horses such as Frankel (the world's highest-rated horse). The United Kingdom dominates 18% of the horse races in the world. The United States tries to get a larger share in sports betting. So, it hosts 26% of the horse races in the world.

The United States' handling of horse racing during the Corona spread period was wiser. The performance of U.S.A betting companies on the stock market reflected this clearly! While Britain preferred a general closure, which caused heavy losses to bet companies and horse breeders.

The horse racing industry in the UK is very large. It is profitable for the government, horse breeders, sports channels, and sports betting companies. All these bodies had a difficult time during the lockdown period. Since experts say that the world is likely to be hit by another pandemic in the coming years. It is important to extract lessons learned and apply them to avoid the mistakes that occurred in dealing with the Corona during 2020 and 2021 years. Halt races completely were a completely wrong decision. Instead, it was possible to hold races behind closed doors as the U.S.A has made! 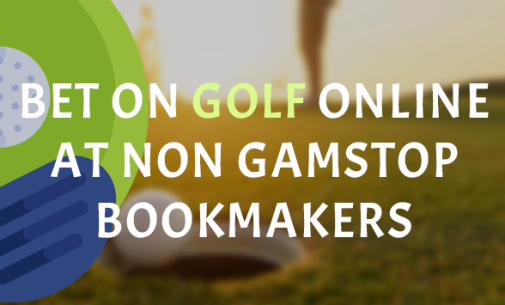