Player Got £1.7M From Betfair After Court Battle

All casino gamblers are afraid of rigged games. However, did you think about tech flaws that can give you huge payouts? In an even stranger than fiction coincidence, a blackjack player won £ 1.7 million due to a software glitch! But it seems that the luck that smiled on the player, upset the operator. So, the player filed a lawsuit to get his prize.

In January 2018, Andy Green got the grand prize of 1.7 million pounds from the Magic Seven Blackjack game on Betfred. However, the casino refused to pay the prize. Claiming that he won due to a tech glitch in the game software that led to pay more than likely winnings. Betfred also explained that the terms and conditions of the game emphasize the casino's right to suspend any winnings resulted from tech glitches.

After Betfred refused to pay the deserved jackpot to Green. They sent him an email offering a prize of £ 60,000 as a goodwill gesture! But he refused and asked not to offer any more compensations! In fact, his decision was absolutely correct. Because if he had agreed he would lose his right to sue and claim his grand prize, £ 1.7 million!

Indeed, in April 2019, Green filed a lawsuit against Petfre company and Betfred. Then after more than 3 years with the courts, he won the case and recovered his prize!

The Guardian reported that Supreme Court judge, Justice Foster, ruled that Green is eligible for his £ 1,722,923.54 prize after deciding that the Betfred conditions were opaque, unfair and inconsistent with users' rights. So, it cannot be considered a basis for forfeit the player's prize!

The Player's Reaction To The Verdict

Green celebrated the huge victory and the prize he finally got. He also encouraged other players who faced the same issue to file similar cases to obtain their rights, saying: “During the three years I did not lose hope and learned that patience is a virtue, but I have suffered a lot; I think I got badly treated by Betfred, but now I'm glad I got my prize in the end”

“My family and I went through some bad times. Sometimes I wished I had never won this award because it did not make me happier but rather made me miserable! Today I feel victorious and relieved, and it is possible to take out champagne now and celebrate.”

Green added, “This is not just a win for me, but a win for all who have experienced the same issue. I didn't do anything wrong or against the law. I played the game, got the prize, and they sent me a message congratulating me that I became a millionaire, but five days later, they take it away from me”.

“Nobody imagines the happiness I feel,” says Peter Coyle, Green's lawyer. “Our justice system made the exact decision we hoped for, and that decision will give a strong motivation to other players who encounter the same problem”.

On the other hand, a spokesman for Betfred Casino said: “Mr Green has won the jackpot in Magic Seven Blackjack three times in a row! The game supplier informed us that this happened as a result of a technical error. So, they advised us to refrain from paying any winnings on this game until they resolve it. However, of course, we will abide by the court’s verdict. And we deeply apologize to Mr Green for the late receipt of his prize”.

On a related note, Betfred started a new partnership with the well-known game provider, Pariplay, last month. Under this partnership, the operator will present a bundle of their games in the casino section.

Learned Lessons From This Experience

The first lesson from this experience is that the player must choose a reliable casino that holds a license from a legal committee to sue them if he cannot withdraw his winnings. Moreover, the player must not accept any compensation offered by the casino. Because if he accepts it, the case will be closed. The third lesson is that the player should not give up his right, even if he spends years in the courts!

In a related context, London Mayor Sadiq Khan pledged to ban all gambling operator ads in the London Underground. A few months ago, Khan also banned fast food ads; because of their very harmful effect on children, adults, elderly alike.

Khan said in a statement: “I have decided to ban all ads that cause health and psychological harm to Londoners. Therefore, I issued an order banning fast food restaurant ads. Because they contain very high levels of fat, sugar and salt and are one of the main causes of cardiovascular disease which is the first cause of death on earth. Over the past period, I followed many scientific studies that concluded the severe damage that gambling causes on the individual, family, and society. Therefore, I decided to ban gambling ads as well.

The Ban Impact On The London Gambling Industry

Surely London gambling operators would not be happy with this ban!

Considering that they are prohibited from using the radio, TV, and newspapers. In addition to social media platforms such as Facebook, Twitter, and even YouTube! That is, underground ads used to be a very narrow window allowing them to reach potential customers. Now, it is under closure as well!

After fast-food ads were banned in the London Underground in 2018. Losses of the London transport company reached 13 million pounds. The expansion of the ban will certainly lead to more losses due to the small number of passengers in response to the precautionary measures. Check out £5 non gamstop brands.
This decision comes while the government and parliament are waging a major crackdown on internet gambling operators to impose tougher restrictions on them to reduce the number of gambling addicts and eliminating the gambling problems among adolescents.

In addition, the British government is reviewing the Gambling Act of 2005. Likely, they will reform it. Also, they might prohibit sports club sponsorship, setting specific controls for creating and operating video games, and other measures. 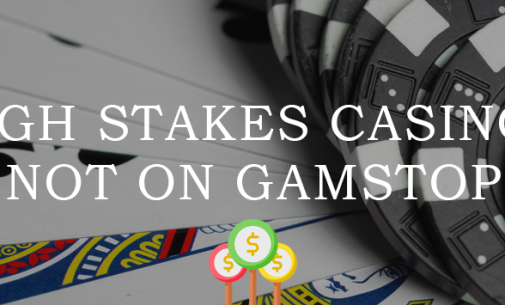